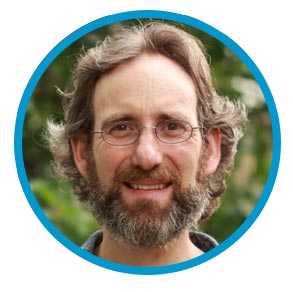 Thursday, July, 2, 2020 – Cris Luengo, PhD, is Director of Image Analysis at Flagship Biosciences. Cris has a PhD in Image Analysis and an MSc in Applied Physics, both from Delft University of Technology, The Netherlands. Cris shared some experiences that led him to Flagship, as well as thoughts on working for the company, and advice for those interested in studying or working in science.

“As a kid, I always wanted to be an inventor. I remember being awestruck looking over the electronics panel of a TV that I opened up when I was 6 or so years old. And I remember wondering how anybody could invent such a complicated thing.

Going to an engineering school was the obvious thing for me to do. It wasn’t a choice at all. I wanted to study mechanical engineering because, in the school’s brochure, they talked about robots and other interesting machines. An uncle of mine was rather derisive about that curriculum and directed me instead toward applied physics because when he was a student in Delft, the applied physics kids were considered the clever ones. Whether his opinion had any merit or not, what is clear is that my career would have been very different if I hadn’t followed my uncle’s advice. I certainly am happy that I did!”

“Be stubborn: innovation comes from people who don’t stop after the first failure.”

“After finishing my PhD, I was a post-doc at Lawrence Berkeley National Laboratory. This was my first taste of working within a larger, multi-disciplinary team. We were the first to build a 3D atlas of gene expression in the full Drosophila embryo. I wrote the image analysis tools that converted the 3D scans of the fluorescently labeled embryos into point cloud data sets that contained the gene expression levels for each cell in the embryo. We scanned thousands of these embryos, stained for more than a hundred different genes, and combined the data into a standard embryo with these hundred gene expression patterns overlaid. This enabled researchers to correlate genes without actually staining for those genes in the same embryos.

Even though that project, as well as other work I did later, has had an impact, it was rather far removed from everyday life. It might be possible that some of what we did then enabled some insight, that prompted some other insights, and eventually contributed somehow to a diagnostic or medicine that helps people. How could one possibly know?”

“In my current work at Flagship, the tools I develop are used in clinical trials. The impact I’m having on patients is much more direct and obvious now. And I love that!”

Advice for Aspiring Scientists: Do What You Enjoy and Be Stubborn
“My advice for students studying science is a bit cliché: do what you enjoy doing and do it a lot. Always try to figure out how things work, and even take them apart if you have to. Be stubborn: innovation comes from people who don’t stop after the first failure. Don’t listen to nay-sayers, and don’t follow the trodden path.”

READY TO TAKE THE NEXT STEP?

Flagship carefully tracks our tissue to ensure we can analyze every assay and stay on schedule.

Sr. Pharmaceutical Research Director
We are trying to bridge from the discovery stage to clinical development. Flagship's pathologists and scientists provide critical input and the company helps us organize and analyze an incredible amount of data. I highly recommend Flagship for its expertise and support for drug development projects.

Biopharma Director
During clinical trials, I interact with our manufacturing, legal, pre-clinical, and biomarker teams. Our Flagship project manager understands our tight timeline and ensures delivery of the data we need, when we need it.

Biotech Pharmaceutical Operations Director
We are pleased to partner with Flagship Biosciences to integrate their machine learning/AI tools to provide cancer marker detection.
Laboratory Software Solutions Provider COO
Flagship’s image analysis experts are flexible and willing to work with us to develop projects that meet the changing needs of our clinical trials drug development.
Sr. Pharmaceutical Research Director
Flagship has a high reputation as a supplier of advanced IHC services and their CAP-CLIA environment is a perfect complement to our own testing facilities.
Global Oncology Research Database Provider CEO
The ease of leveraging Flagship’s powerful solution is yet another massive differentiator of the company. Clients need not have to change their existing workflows, investments in technology, or even the assays that they use.
CIO Review, Pharma and Life Sciences
Manage Cookie Consent
We use cookies on our website to give you the most relevant experience by remembering your preferences and repeat visits. By clicking “Accept”, you consent to the use of all cookies.
Manage options Manage services Manage vendors Read more about these purposes
Preferences
{title} {title} {title}

Thanks for your interest in Flagship Biosciences.

For all inquiries or to schedule a complimentary consultation, please fill out the form below to be contacted by one of our experts.